Another song etched in my brain forever, this one will be familiar to anyone who received a compilation tape from me at any point in the early 1990's

My housemate Jim used to do me some legendary compilations back then and he had originally found this song in a pile of his grandad's old tapes. Not knowing who it was by, he had actually listed it as "Hot Tea" by "Some Old Grunters" and that was as much as I knew about it.

Years later I managed to track it down as being from a BBC Radio 2 broadcast of a comedy duo from Norfolk called The Kipper Family, which I admit slightly disappointed me because I'd always imagined it was a genuine example of straight-faced English Folk Plainsong. Sadly it does appear to be purposefully comic. 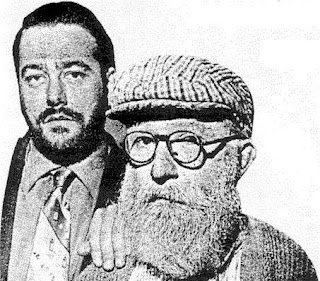 The Kipper Family - Bring Us In Hot Tea

Email ThisBlogThis!Share to TwitterShare to FacebookShare to Pinterest
Labels: The Kipper Family