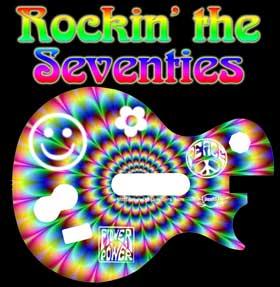 The third batch of my Sounds Of The Seventies experiment are:

To categorise these albums is slightly easier than the first two batches as I know nothing about any of them in equal measure.

Jorge Ben caused me concern as it was mostly pretty dire samba-pop with very ropey production. The Mojo review had said that one of the album tracks contained the original melody to Rod Stewart’s “Do You Think I’m Sexy?” and I was baffled because I couldn’t hear it anywhere. It was at this point that I realised that I’d downloaded the wrong album! Once I’d rectified the error, I can safely say that the 1972 album “Ben” (as opposed to the earlier “Jorge Ben” album which I had just erroneously listened to) is much better but still veering towards the novelty side of latino pop. Maybe it was the Buena Vista Social Club of its time? I can imagine in the early 70’s it might have been the height of sophistication to listen to something like this, but in 2011 it’s most definitely nothing special.

Spring were an obscure Prog band from Leicester and this is their only album (so no mistakes to be made on the download front). As far as Prog goes it’s pretty restrained for the most part and is actually my favourite album of this bunch of five. Lots of mellotron, acoustic guitars and some quite folky passages. Actual tunes too.

D.R. Hooker (not to be mistaken with Dr Hook of “Sexy Eyes” fame) is another prog rock obscurity and generally as overblown as Spring is reserved. While I didn’t hate it, I couldn’t find anything to get me hooked. I usually find with Prog bands that they have one short bit in one song that grabs me and then I pick up the rest from there. There must be something special about this record though as it was only ever a private pressing, yet made it into the Mojo book. Not mainstream enough for a Wikipedia page though.

Bobby Charles as a younger man wrote “See You Later (Alligator)” and then later in life recorded this solo album with members of The Band. Like The Band I find this country-rock type stuff quite dreary and I skipped most tracks after a minute or so. Pah!

Mickey Newbury seems to be well regarded in Country Music circles but I hated this album even more than Bobby Charles.

All in all the most disappointing batch so far with the Spring album standing out as the only one which I can see justifies its inclusion in the Mojo book.

This track is one of the aforementioned restrained Spring tracks. A piano ballad with some touching lyrics (and a hint of a speech impediment “once I was a dweamer...”)