One of my earliest childhood memories is being sat in the bath while my mum sang "The Ugly Duckling" to me. I don't think there was any deep significance to the choice of song, it was probably the only one she could remember all the words to - and besides - I liked it.

I also remember her buying a copy of it on 7" so that I could listen to it at my leisure. It wasn't until I dug out the single recently that I realised quite how differently Mike Read approached the song to my mum.

I'm pretty sure she missed out all the cockney rhyming slang and I'm equally sure that parts of the Mike Read version left my infant brain completely baffled - and to a certain extent they still do.

He starts off trying to do a proper crooning job but quickly falls into proto-Frank Butcher mode. By the end of it - it's like he's talking a different language.

Maybe this is what bath time for Ricky Butcher was ACTUALLY like?

Watch out for the quacking guitar effect on wah-wah in the "all through the wintertime" section...tres subtle 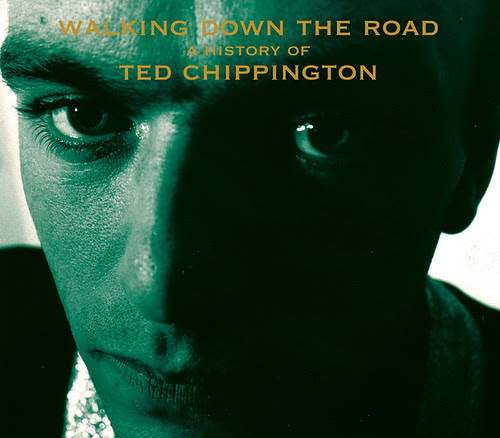 My original Ted Chippington post has been by far the most downloaded of my occasional ramblings on here (possibly because someone included the link on Ted's Wikipedia entry?). So, as there is a fair bit of Ted news going down at the moment, I thought I'd offer a quick round-up and a brief excerpt from his Leicester gig at the back end of last year.

First up, Stewart Lee is doing a piece about Ted on BBC2's The Culture Show on Saturday 3rd Febraury at 7.20pm where they will presumably be plugging both Ted's gig at The Bull & Gate, Kentish Town and also the Tedstock benefit gig at London's Bloomsbury Theatre on 5 February in order to raise money to fund the release of "Walking Down The Road - A History Of Ted Chippington" 4 CD boxset retrospective available now from Big Print Records at gigs or via mail order to bigprint@hotmail.com.
Tedstock will include performances from Stewart Lee and Richard Herring, who will also be performing together as Lee and Herring for the first time in seven years, as well as Kevin Eldon, Simon Munnery, Simon Amstell, Phill Jupitus, Josie Long and Robin Ince.

Stewart Lee's new piece in The Guardian about Ted is HERE

As if that wasn't excitement enough - someone has also posted Ted's legendary appearance on BBC's Pebble Mill At One back in 1986 doing "She Loves You" and being interviewed by a smug idiot in a neck brace.
From Ted's Leicester gig last year - a tender new song about world politics and a tale of life in Torquay.
Ted Chippington - World Politics
Ted Chippington - Life In Torquay