OK, because Mr Hibbett didn't think I would respond, I decided I would do the honourable thing and have a go at "Eight Things You Didn't Know About Me". I appreciate it's taken me a couple of weeks but it's SO HARD! And also as this is meant to be the music blog I need to try and keep it music related and finish with a tenuous link to a choice mp3. SO here goes…

1) The first band I ever became obsessed with was Kiss, when at the age of 10 a lad at school gave me a copy of the "What Makes The World Go Round" 7" single signed by Paul Stanley. I still have it and it is blatantly not signed by Paul Stanley - he just did some scribble on the front and lied to me. 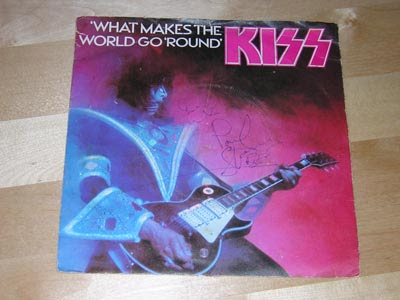 2) As a result of this pre-pubescent love for Heavy Metal I got a subscription to Kerrang for my birthday. Following on from that I was thrilled to learn that my sister's friend Colin was related to Rocky "Wrekkless" Shades of Wrathchild. Things took an even weirder turn when, on holiday with my parents in Menorca in 1984, it transpired that Rocky "Wrekkless" Shades was staying in the same hotel as us. My mum told him I was a fan and he was very nice to me. His hair was massive! 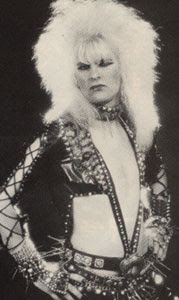 3) Round at my mate Benny's house in the mid-1980's we used to play on the ZX Spectrum, drink Soda Stream (which was state of the art drink-making at the time) and listen to records. Most popular choices were New Order's "The Beach" on the b-side of the Blue Monday 12" and Billy Idol's first solo album. I recently bought the remaster on CD and despite the fact they left off Congo Man for some insane reason - it's still a fucking great album - shut up! 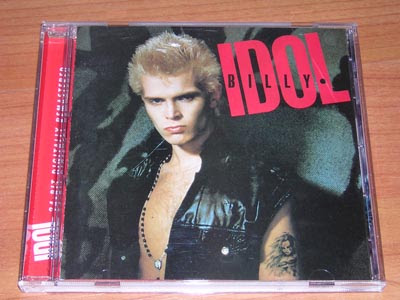 4) My mum once played football on the park with Billy Fury and his band when they were playing at Matlock Pavilion. These days she is in a Gilbert & Sullivan Light Opera Society and they have won international competitions. I like the bit about Billy Fury better. 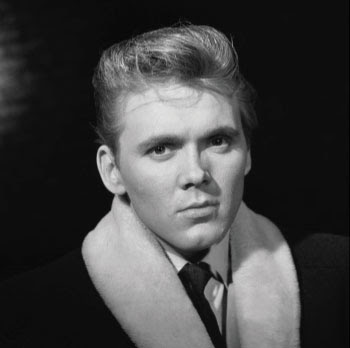 5) I still get occasional performance royalties for the tracks I played guitar on the White Town album that EMI released in 1997. The last one was £8.07 for radio plays in Switzerland. I don't think I've ever got into double figures.

6) With the event of tracking tools like LastFM it's fascinating to look back over my listening habits for the past 18 months or so. Then I got to wondering as to which record I have probably listened to the most over the course of my entire life. My internal LastFM mind memory churned the calculation for a few days and I have come to the conclusion that it is almost certainly "Misplaced Childhood" by Marillion. I don't think I could be any less cool at this precise moment in time, but bear with me.

Prog Rock has never been cool, and especially not the kind of second-hand early-Genesis prog that Marillion dished up in the early 1980's. Yet Misplaced Childhood is still a fantastic concept album and one I have come back to time and again from the first time I heard it in 1985, through every phase of my musical awakening. It's a lyrical tour-de-force and musically astonishing, managing to contain two top 10 singles in amongst the more intricate pieces, transient passages and recurring motifs.

I lost all interest in the band after the follow-up album didn't grab me, but I've recently discovered that Fish has been regularly blogging for years and the archive is available via his website. Boy has he had his fair share of relationship & business problems - the poor bloke has been through the mill but he's still so optimistic about life it's a joy to read sometimes (at the moment he is about to release a new album having been jilted a couple of weeks before his wedding day!).

7) I never had guitar lessons but learned via a square flexidisc called "Play In A Day The Billy Bragg Way". In all honesty it took me a little bit longer than a day. 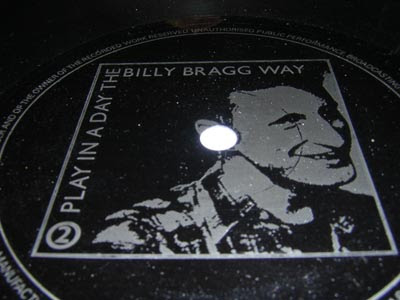 8) Fittingly at number 8 - I once rented Eminem's film Eight Mile on DVD from Blockbuster, got home, put it in the player and then made some dinner. An hour or so later switched the TV on settled down with a plate of food to watch the film - then got confused when it finished after half an hour. Turns out that it was an autoplay disc rather than one that continuously loops the title menu and I managed to skip the first hour without even noticing. It really didn't make ANY difference to the plot, or my enjoyment of the film. They could have just made it a 30 minute TV show and saved themselves millions.

So that's my eight things - and the tenuous mp3 link is going to be a live version of Marillion's Sugar Mice (In The Rain), which isn't fom Misplaced Childhood but is my favourite song from Clutching At Straws. This live version comes from the Curtain Call boxset and benefits from a less polished sound than the studio take (plus the audience clapping somewhat out of time). Fish really sounds like he means every word of this "stuck in a hotel miles away from your loved ones" ballad. Anyone brave enough to download this, I warn you in advance there is a VERY 80's guitar solo at 2:12 but keep listening as the post-song monologue is one that puts Bono to shame...