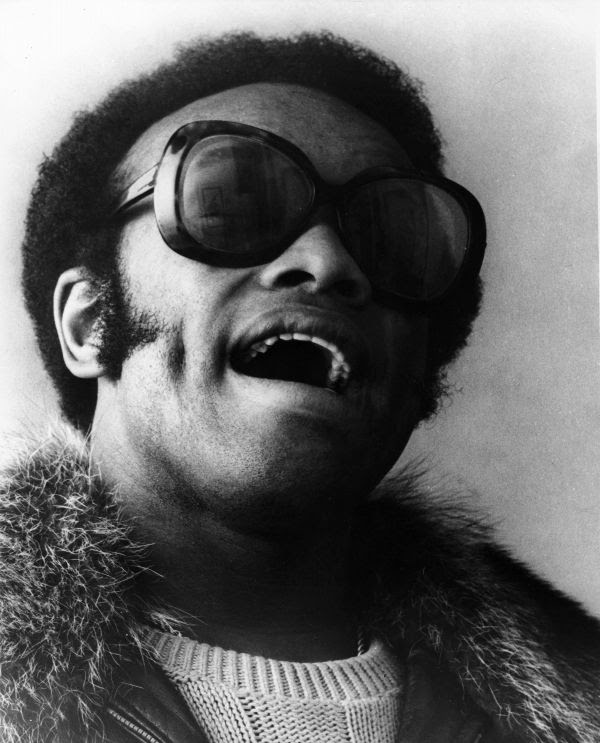 Sometimes when you see an artist you really love mention a song in an interview, you can't help but want to go straight out and find a copy. Back in the day this was obviously a real treasure hunt, but now it's little more than a couple of minutes tickling Lord Google and gently rubbing Lady Soulseek's milky white feet...nowhere near as much fun but when the song at the end of the digital rainbow is as nuts as this then it still makes it just as worthwhile.

I don't know any more about Bobby Womack than that which you can read at Wikipedia. Lots of typical music biz weirdness...he married Sam Cooke's widow 3 months after he died, on the premise that he was worried she might top herself(yeah right we've ALL used that one..), and then his younger brother married Sam Cooke's daughter. Keeping it in the family and all that.

So the song in question dates from 1976, when Bobby was not generally thought to be at the top of his game, but initially the title intrigued me - "Just A Little Bit Salty".

If I wondered what it was about then...well I'm still not entirely sure but despite my confusion it definitely sounds like good advice, and probably one of those lyrics you can interpret at will, just to fit the metaphor you're searching for. I'd be interested to hear what other people make of it..

Itt starts out brilliantly with an apology, Bobby basically admitting that they knocked this one off at the end of a recording session. A brave intro and one that makes it even more poignant.

"Things got to get just a little bit salty to let you know what's going down..."