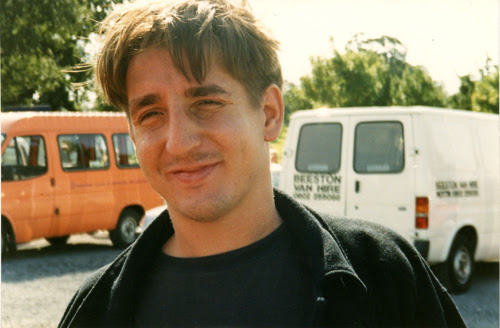 Today would have been John Pyle’s 40th birthday.

I owe him an awful lot and I wish he was still around. The link is to a zip file of songs that always remind me of John in one way or another. Whether you knew him or not, it's still a groovy little playlist.

01 - Dave Brubeck Quartet - Unsquare Dance
(This was played every week at The Dial when we'd go out on a Friday night, sit on the steps and drink Holsten Pils)
02 - BOB - Esmerelda Brooklyn
(We went to see BOB in Leicester and John shouted for this track incessantly until they played it..slightly reluctantly)
03 - The The – Uncertain Smile [12’’ Version]
(I bought this from Selectadisc for his birthday one year not realising it was different to the LP version. “listen to the sax solo!”)
04 - Elvis Costello – Home Is Anywhere You Hang Your Head
(“Here comes Mr Misery”)
05 - Iggy Pop – Shades
(vivid memory of me saying I didn’t know the song and him trying to sing the chorus to me)
06 - New Order – Lonesome Tonight
(hard to pick one New Order song, but this was a favourite b-side from his pile of 12’’s)
07 - OMD – 4 Neu
(Stoz told me years later that this was John’s favourite OMD song)
08 - Happy Mondays – Freaky Dancin’
(this one reminds me of drinking Taboo and fighting in a caravan somewhere in Yorkshire)
09 - The Jesus & Mary Chain - Tast Of Cindy [Acoustic]
(We played the Some Candy Talking 12" to death and this was on the b-side)
10 - Orange Juice – My Dying Day
(“i hear your bugle playing”)
11 - The Rolling Stones - You Can't Always Get What You Want
(I remember John being insistent that I listen to this Stones track. Even though we weren't Stones fans he said it was amazing and he knew I'd love it. He was right.)
12 - The Wedding Present – Nothing Comes Easy
(one of the first CD singles I bought – he had this track on repeat for 2 hours at least)
13 - Tom Waits - Small Change (Got Rained On With His Own .38)
(The theme tune to Alex Cox's Moviedrome series of cult films on BBC2. Essential viewing)
14 - The Weather Prophets – Naked As The Day You Were Born
(John was quite fanatical about The Weather Prophets despite their leather trousers)
15 - Natalie Merchant – I May Know The Word
(no dry eyes)

Having been a bit mean about Morrissey only a few days ago, I thought I'd redeem myself by posting this one up.

I don't normally share entire albums, but I'll make an exception for this one as it's a bootleg, so I don't feel so bad about making it available for free

Smiths bootlegs have always massively disappointed me, aside from the odd decent gig they usually tend to be really poor quality and have nothing of note to offer. At the end of the day, the band were only together for a few years and just didn't write and record THAT many songs.

After reading Simon Goddard's excellent trainspotters guide to The Smiths - Songs That Saved Your Life - it was obvious that, despite almost zero original songs remaining unreleased, there were actually a substantial amount of studio
sessions that were unheard.

I din't think I'd ever get to hear them either, as Morrissey and Marr continue to seem ambivalent towards any sort of rarities or reissue program.

However, yesterday I was sent a link to this new bootleg which contains a large proportion of the songs in question. Even better than that, the quality is pretty much A1 throughout!

I won't go into great detail as the tracklisting is pretty self-explanatory. Just believe me when I tell you it's best christmas present you could wish for


01 The Hand That Rocks The Cradle [John Porter Monitor Mix]

07 I Misses You [Marr Instrumental- Excerpt]

Email ThisBlogThis!Share to TwitterShare to FacebookShare to Pinterest
Labels: Morrissey, The Smiths 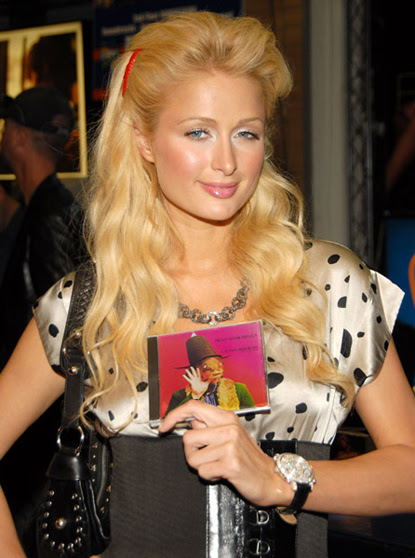 It seems like the whole world has had something to say about Captain Beefheart since his death last week, so I almost didn’t bother to add my tribute. Apparently the Amazon charts had Trout Mask Replica outselling the Beatles and Pink Floyd at the weekend. Unbelievable stuff. I can only be thankful that I’ve not seen Bono being wheeled out to say a few words.

But anyway, now the eulogy tsunami is tailing off a little bit, here we go..

From the day I first heard Abba Zaba in my housemate’s room in 1989 as an impressionable youth, through my subsequent years as a Beefheart obsessive, to the day I walked out the house last Friday and bumped into a friend who broke the news of his demise - I could never really find the words to explain why I liked his music quite as much as I did. It just seemed to make perfect sense. Even the senseless depths of Decals and Trout Mask sounded normal to me. The most frustrating thing for me was just not being able to understand why other people (whom I would normally consider to have similar tastes) couldn’t hear what I could hear. I was mocked quite openly in certain quarters and still am!

The obsessive streak has long since subsided. Back in the pre-internet early 90’s I would write real letters to other fans and swap cassette after cassette of badly dubbed rehearsal bootlegs and live shows. I collected books, fanzines and owned all the albums on vinyl AND CD (in my defence that compulsiveness paid off a few years ago when I sold most of my collection for the best part of £500 leaving me sensibly with just the CD’s)

I can’t get too upset over the death of someone who has been a recluse for more than 25 years. To all intents and purposes Captain Beefheart has been dead a long time. I just hope that the friends of Don Van Vliet are doing OK without him. For the rest of us his music will never die.

This is a repost from a couple of years back.

No hecklers in heaven.
Posted by Francis at 5:01 pm 0 comments

I Know It's Over

Phew – I’m glad that’s all over. Now I can get on with the rest of my life.

Morrissey - It's Not Your Birthday Anymore

Like most massive childhood Smiths fans, I look upon Morrissey these days as a pantomime dame. A (porky middle-aged) caricature of himself. I’ve long since given up hope that he will ever release a good record again, and why would he (or how could he)?

That said, I still do listen to his new stuff just in case. This track was by far my favourite from the last album. The singles I found a bit painful but this one seemed to have been grown from the stem cells of Moz rather than just xeroxed.
Posted by Francis at 12:01 am 0 comments

Email ThisBlogThis!Share to TwitterShare to FacebookShare to Pinterest
Labels: Morrissey, The Smiths 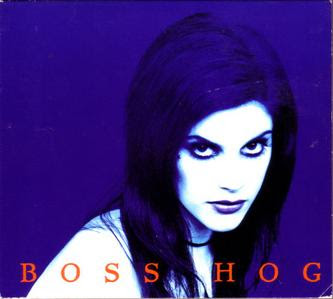 Happy happy birthday to me.

This song seems appropriate given the particular anniversary of my shooting forth from my mother’s birth canal.

For some reason this Boss Hog song is way, way better than anything else I ever heard by them. In fact it’s an astonishingly good song.

I’m generally not a fan of my birthday – tonight I’m being taken for a meal. No doubt the christmas menu (again).

My thoughts are mainly with those friends who never made it this far.
Posted by Francis at 12:01 am 0 comments

I briefly mentioned my childhood love of Marillion once before on this blog (item 6 in this post) and on Monday night I fulfilled a dream that has been 25 years in the making.

The intervening years were spent in denial that I was ever really that big a fan. In fact I didn't actually hear any of Fish's solo albums until about 3 years ago when I finally started to reach that age where I genuinely didn't give a shit what people thought any more.

So when he announced a low-key acoustic tour and that he was coming to Derby I bought a ticket. As a mark of how far I've come - I didn't even press-gang anyone into coming with me. I went on my own and had a great time.

The support act weren't up to much, the drummer was doing that sitting on a box and thumping it thing and the singer looked like a lion and played some fairly ordinary folk blues stuff. I hit the bar.

I wasn't sure what to expect from Fish's set, never having seen him before, but knowing that it was just him, a guitar player and a keyboard player. If you'd said to me beforehand that they could carry off playing over 2 hours of his back catalog without any amount of backing tape trickery I'd have laughed, but that's exactly what they did. In fact the guitarist played the whole lot on a 3/4 size spanish acoustic. Even the solos.

It was amazing stuff. Fish was funny and engaged with the crowd like it was a room full of friends, and the format really did work. He gave it 100% and was totally into it, despite the lack of a rhythm section he still bopped round the stage like he was hearing one anyway. I think most of the crowd were too.

He talked about football, relationships, war, politics and..erm...filming your own porn..amongst other things - always setting the context for the songs - which he sang in great voice (as a huge Sinatra fan, I'm not speaking lightly when I say that his phrasing is up there with Frankie's)

The greatest thing for me was the way the stripped down format allowed you to absorb the lyrics and hear things you wouldn't normally pick up on. Let's be honest the showboat nature of Prog Rock seems to inadvertently do all it can to divert the listeners attention from the vocals. That's probably why so many Prog bands have such cheesey lyrics about goblins and shit. No one cares (apart from people who like goblins maybe, and to be honest I think there were probably a few in this crowd who would have been happy either way).

It seemed like no time at all before 2 hours of this had passed, and for an encore they did a Kayleigh / Lavender medley. In fact it was lovely to hear him be so humble about those "hits". He's a bloke who knows what those songs mean to people and what they mean to HIM in terms of how his life would have been if they hadn't been such globally successful singles.

I think my highlight was the song he did with just the piano behind him.

Fish - A Gentleman's Excuse Me

This is a live version from a few years ago, but you get the general vibe. It seems lazy to call it spine-tingling but it really was exactly that.

I've not enjoyed a gig so much in ages, and on the way home I had one of the strangest spiritual experiences of my life. Completely unrelated to the gig, as far as I can tell, but one more reason why I'll never forget Monday night.