There was once a music TV program in the UK called "The Chart Show", back when there were only 4 channels (we're talking the late-80's..yes i am that old..). It basically covered the UK music charts, but each week it would dedicate a section of the show to a rotating specialist chart (Dance, Metal & Indie). So every 3 weeks, indie kids country-wide would tune in to see what crazy sights & sounds awaited. I first heard (and saw) tons of stuff this way..The Sugarcubes, Talulah Gosh, Foetus, Big Black...it didn't seem to matter how lo-fi and home-made the video was, it would get at least 5 seconds of screen-time as the chart counted down. Then they would choose one, maybe two videos to show in full.

The Dave Howard Singers appeared one Saturday morning, a stocky short-haired Canadian fella stomping round a lumber mill repetitively chanting this insanely catchy tune about Yon Yonson from Wisconsin, as he nodded his head furiously towards the camera. I wish I had a copy of the video - but Lord Youtube is not being kind to me today..

Archived history of The Dave Howard Singers (plus interview)
Posted by Francis at 8:56 pm 14 comments

Email ThisBlogThis!Share to TwitterShare to FacebookShare to Pinterest
Labels: Dave

My mum has always fancied herself as an amateur opera singer, so I spent a long time avoiding any classical stuff that was even remotely choral. It wasn't until I left home that I got into Carl Orff's cantata "Carmina Burana" via my housemate Jim who used to play it quite regularly and very loudly (regardless of whether i was trying to sleep or not)

"In Trutina" was the piece that got me - probably the quietest passage and then this gorgeous vocal melody soars from beneath the strings. It didn't matter that I had no idea what she was singing, she just sounded sort of sad but sexy. Years later when I looked up the libretto - turns out I wasn't far wrong!

I am suspended in wavering balance
between love and chastity,
but I choose what is before me
For the yoke is sweeter after all
and so I take it upon myself.

I guess EVERYONE knows Carmina Burana from the opening movement "O Fortuna" which was used as the main theme in The Omen and also an Old Spice advert if I remember rightly..so just to be populist I'll post the quite astonishing banjo rendition by Sandy Bull (who deserves a separate blog entry in his own right for being a crazy jazz genius). I can thoroughly recommend his 1963 LP "Fantasias For Guitar And Banjo" from which this is taken. The novelty value of this track is blown away by the 22 minute opener "Blend" (which I won't post for bandwidth/disk space reasons!) 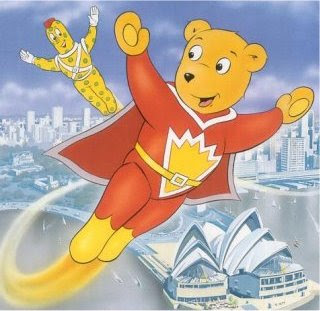 The first thing that struck you about Ted Chippington's stand-up routine was the way people would give a cheer, a few seconds into a gag (more often than not his signature joke "Can you tell me how far it is to the Railway Station from here mate?") in much the same way that (I imagine) Robbie Williams gets a cheer when his band strike up the opening bars of "Angels".

Also you would leave the show, ever so slightly disappointed if you didn't hear your favourite variation of the "walking down the road the other day" gag. And this was long before Newman & Baddiel told us Comedy was the new Rock'n'Roll...

In between the stand-up he would self-consciously boogie over to his cassette player, press play, and then deliver his interpretation of a rock'n'roll classic over the cheesy backing track. A sort of twisted West Midlands karaoke in monotone.

Half the fun of a Ted gig was his interaction with the audiences who were generally either baffled, overly aggressive or laughing so hard they were in physical pain.

Rather than slip out of character, Ted would deal with hecklers using the same deadpan technique that was winding them up so much in the first place.

There is a rumour going round that Ted might be forced out of retirement to do some more shows in 2007 to promote a boxset of his work which is supposedly being planned on the back of The Nightingales reunion. Personally I can't wait. A forgotten comic genius.

Rockin With Rita Video (with Fuzzbox & The Nightingales)
Ted Chippington on Wikipedia
Posted by Francis at 10:04 am 15 comments

The Beatles? Commonly held to be the best pop band the planet has ever produced? So what could be better than The Beatles?

The Better Beatles of course. Again a band I know nothing about, except Lord Google tells me they came from Omaha and released one 7" single on Woodgrain Records in 1980.

Rather than try to match the melody of the originals, these versions reinvent the tunes with nagging hooks, chanted vocals and rudimentary keyboard riffs until they are almost MORE catchy than the Fab Four could have ever hoped for. You can imagine that Lennon would have loved them but Macca just doesn't get it and looks on disapprovingly..

I have a vague memory that Peel mentioned there were other similar releases from the same ensemble under names such as The Better Rolling Stones etc. I'd love to track down more of this stuff..

Covering The Beatles is generally asking for trouble - doing them BETTER is a tall order. So with brave abandon the challenge was met. In victory here are the Better Beatles.

Email ThisBlogThis!Share to TwitterShare to FacebookShare to Pinterest
Labels: The Better Beatles 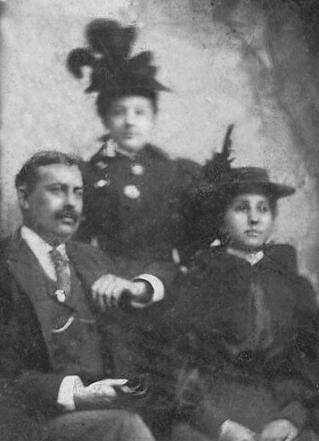 So here we have The Seymores - a band I know almost NOTHING about.

The first time I heard their album "Treat Her Like A Showcat" I was sleeping on the floor of a one room apartment in the Mexican neighbourhood of West Hollywood, Los Angeles. That doesn't sound even slightly true but I assure you it is. The songs were poppy enough to catch my attention yet weird enough to keep me interested and I managed to take home with me a bad quality cassette copy.

I listened to it non-stop for weeks and I still maintain that there isn't a bad song on the album. I eventually got a copy on CD along with the "1000lb Grr'lla EP" (which duplicates some of the tracks from this album and includes a forgettable Joy Division cover). I've still never heard their debut album "Piedmont", but the reviews I've read talk about it being over-produced and not altogether that good. I'm pretty sure they split up not long after "Treat Her Like A Showcat" came out.

The real struggle for me is to decide which tracks to post. They are all great - and they could have been huge. Most bands operating in similar sounds these days seem to think it's enough to have a couple of good songs and then an album full of mediocre filler. The Seymores shit great songs when they go to the toilet.

The Seymores - Treat Her Like A Showcat at Amazon
Posted by Francis at 10:16 am 1 comments