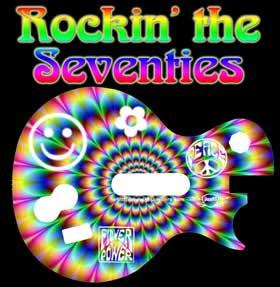 The second batch of my Sounds Of The Seventies experiment are:


To categorise these albums:

Lamont Dozier - much the same thing. The album title was enough to convince me!

The Richard & Linda Thompson album is one I've been toying with buying for years and Last.FM regulalry sticks it in my "recommended listening" stream, so it's not strictly true that I've not heard it. I've just not heard ALL of it.

Jade Warrior I'd never heard of despite a penchant for a bit of Prog and having a Father-In-Law with an immense library of obscure Prog records. He probably has this but I've just never had the pleasure

Keith Jarrett is one jazzer I've never checked out, being more of a brass man than piano when it comes to jazz.

Dan Penn was much as I expected, good songs, good arrangements and a good voice, but it doesn't grab me. There must be loads of albums in a similar style out there on a par with this?

Lamont Dozier really disappointed me on first listen. The second time around I warmed a bit more, but as with the Dan Penn album - it doesn't hold any surpises for me

The Richard & Linda Thompson is as good as I hoped song-wise. Linda's voice is beautiful and Richard's guitar playing really is something else at times, but I just can't get on with his voice. Now if Dan or Lamont were singing Richard's parts then we'd be in business.

Jade Warrior - not quite as prog as I anticipated, it's mostly quite ambient. Two long pieces that are actually various segments of music glued together. It's the sort of thing I like listening to when I want to read. Not so good when I'm driving or working (which is where I did listen to it). Falling asleep in both situations is frowned upon.

Keith Jarrett on the other hand has left me stunned. I'm only on day 2 and already I've discovered two albums that are as good as anything else I've ever heard. I still can't fathom how this was all improvised live, as it doesn't sound that way at all. Some of the passages are quite exquisite and as far away from "jazz" as is possible. I absolutely need to hear more of Jarrett's records, but now I'm scared that there is nothing better out there.

There are only 4 tracks on the album and 3 are quite lengthy so I'm posting the shortest, just to give you an idea and to save on bandwidth, but as with the Townes Van Zandt live album, the record has to be heard in its entirety to fully appreciate the performance. This track isn't even the best one..