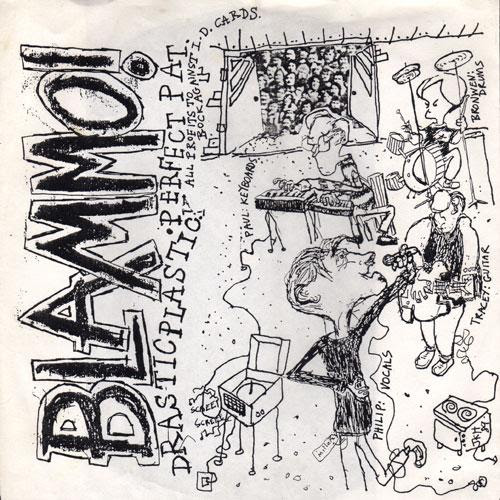 I feel sure I must have seen Sheffield's Blammo play at some point in order to have triggered the flexi purchase, but I can't for the life of me remember where or when. Mind fog..

The track "Drastic Plastic" was a political song against the Tory politician Colin Moynihan, who briefly tried to introduce an ID Card system for football fans, in a desperate bid to try and stamp out football hooliganism. Luckily for us it failed and this idiot was never heard of again. Oh actually I tell a lie...Lord Moynihan is a Director of the London Organising Committee of the 2012 Olympic Games. Jesus.

The second track is an homage to the legendary footballer & indiepop fan Pat Nevin. He made his name at Chelsea back in the 80's when Chelsea were neither rich, fashionable or successful. He likes The Fall...what more needs to be said?

NB. Both tracks are pop perfection. 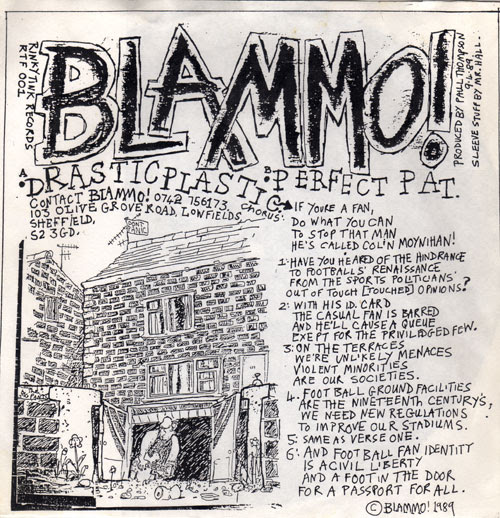 Email ThisBlogThis!Share to TwitterShare to FacebookShare to Pinterest
Labels: Blammo

Francis, do you have other records by Blammo ?