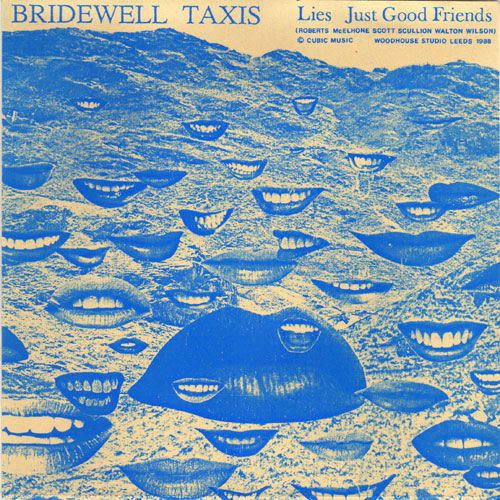 He recently posted the first single by Leeds band The Bridewell Taxis and it reminded me of the flexi I bought at one of their gigs circa 1989.

Upon my arrival in Leeds, the local indie music scene was dominated by two factions – The Edsel Auctioneer (who were going down the Dinosaur Jr / Buffalo Tom proto-grunge path and I have discussed already on this blog) and The Bridewell Taxis (who were basically just what the press quickly termed “baggy”)

The band themselves looked like thugs from the Elland Road terraces, and although the baggy genre will always be historically linked with ecstasy usage, I can tell you that in these early days the audience was mainly booze-fuelled. I saw more drunken idiot audience fighting (actually mostly intimidation and menace) at Happy Mondays & Bridewell Taxis gigs than anywhere else in my life.

I admit I always enjoyed the contradiction of The Bridewell Taxis tough-man image with the, frankly quite soppy, lyrics and jangly sound. In fact who EVER looked tough whilst playing a trombone? It was, as we used to say at the time, well weird man.

If you care to click the above link to their wikipedia page and read the band's history, you'll understand what I mean.

As a bonus - there were 3 old flyers tucked in the flexi sleeve, so I thought I'd scan them too. Baggy memories...ah 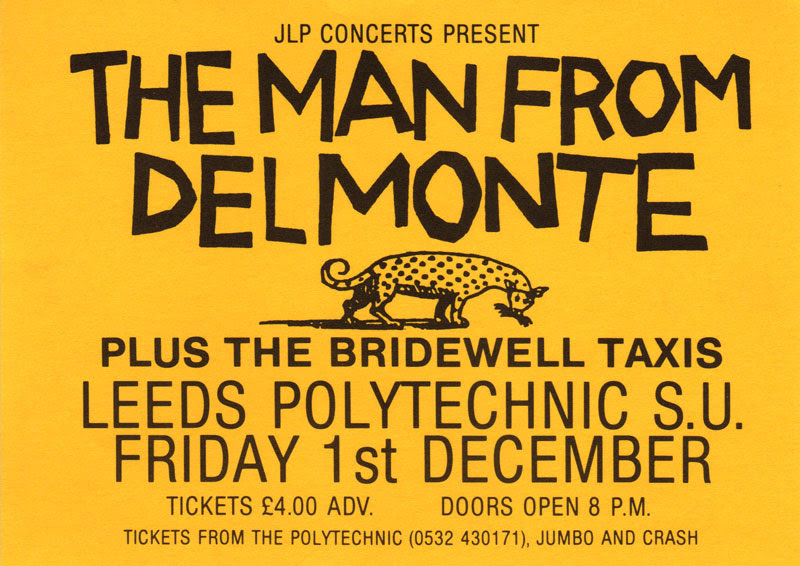 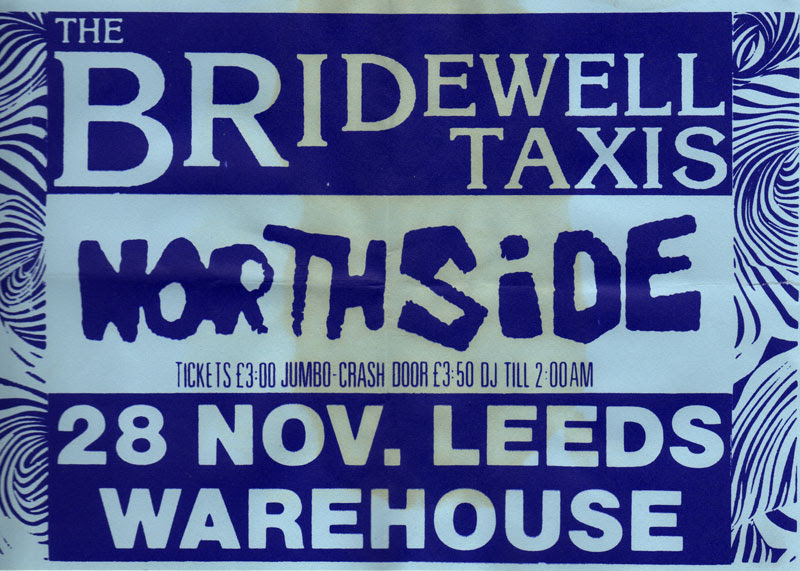 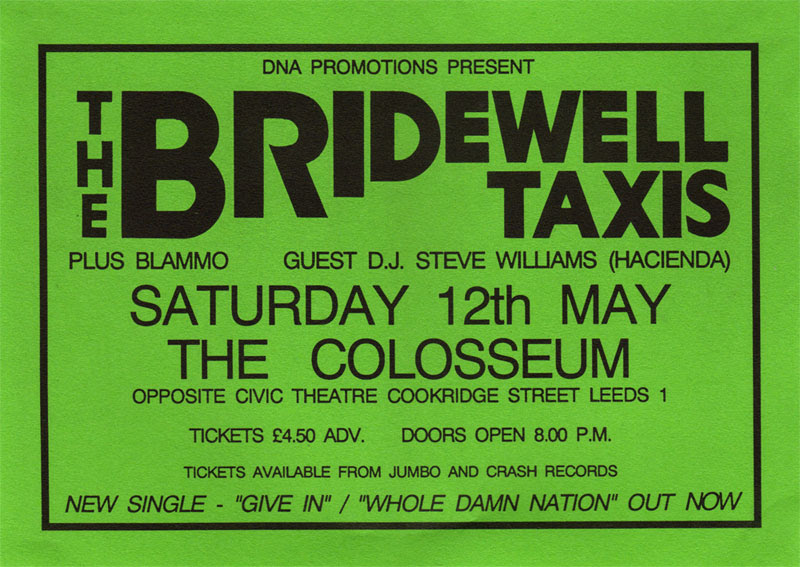 Thanks Francis, great post, i didn't know that this flexi existed. Leeds music indie scene was great at this period : The Bridewell Taxis, Pale Saints, Cud, The Wedding Present, The Kennedy Pill

fixed link - not sure what happened there!