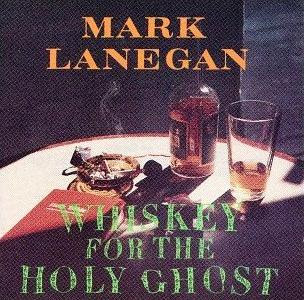 1994 was a particularly bountiful year for me when it came to buying records, due in no small part to the fact I was sharing a flat with the manager of the local independent record shop Way Ahead (now the boss off successful folk-tastic record label Reveal Records)

It wasn't purely his commercial instincts encouraging me to buy stuff (and to be fair he did *give* me quite a lot of freebies) but we were two young blokes who loved our music, and I was like a child in a sweet shop for the most part.

I already owned a copy of "Buzz Factory" by Screaming Trees (on blue vinyl I think it was), which was an impulse buy on the wave of grunge that swept the nation a couple of years previously, and to be perfectly honest I didn't much like it and I sold it years ago. It ticked all the right boxes, minimalist sleeve, produced by Jack Endino, Seattle band, on SST but sadly it did nothing for me (as was the case with pretty much every grunge band outside of Nirvana and Mudhoney)

So I wasn't expecting big things from his solo album but was chuffed to find that it was actually amazing. I dug it out last week and can confirm that it stands up as still a great record today.

Will probably post a few more things from that golden summer of music avalanche over the next few weeks (Stina Nordenstam and Morphine spring to mind)
Posted by Francis at 6:00 am