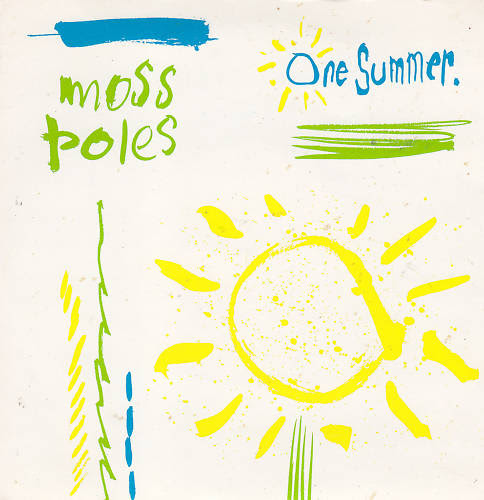 In 1987 a new record shop opened in Derby called BPM owned by the chap who had previously run R.E.Cords on Sadler Gate (the first record shop I ever went in and bizarrely now the unit in which the re-activated BPM Records lives). As part of the opening special offer there seemed to be a huge rack of indie records at insanely cheap prices.

A lot of these were by bands that we'd never heard of and because we were all skint but desperate to hear new music we'd quite often just take a punt on the one with the best sleeve.

My sister bought the single "One Summer" by The Moss Poles and it was an immediate indiepop classic. Fast buzz-saw guitars, twee harmonies and a catchy chorus. It sounds quite dated now but it's still a great pop song.

Moss Poles - One Summer
Posted by Francis at 6:00 am